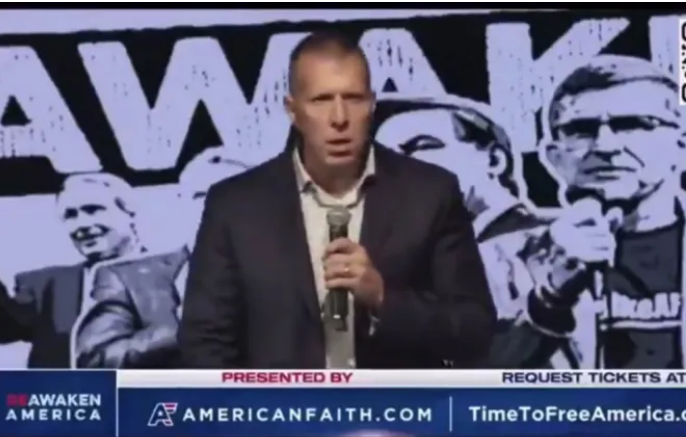 Thomas Renz, an attorney based in Ohio has started a lawsuit against the federal government for covering up the true number of deaths from the Covid-19 vaccines.

According to Renz, a whistle-blower – referred to as Jane Doe – who is an insider and has seen information on the Vaccine Adverse Events Reporting System (VAERS) allegedly passed on the numbers and relevant information to him.

At an event hosted by Awaken America, Renz said: “We have someone that has sworn under penalty of purgery that there have been at least 45,000 deaths.”

Renz stated that whilst he cannot currently prove the information, he said that with America’s Frontline Doctors – a team of medical professionals fighting for medical freedom for Americans – he has been “empowered” to file the lawsuit in Alabama.

Allegedly, the whistleblower stated that there are around 11 VAERS systems reporting adverse reactions and deaths across the US, and one system alone has allegedly has reported the shocking 45,000 deaths from the Covid jabs.

However, Renz believes that this number is “immensely higher” and is calling for immediate investigations into the VAERS system.

“How many have really died and why are they covering it up?”, Renz told the Awaken America crowd.

The attorney said that this information and lawsuit will not be reported by the mainstream media and will likely be censored by big tech corporations like YouTube, Facebook, and Google.

Renz said that these big tech giants are “complicit in causing death”, and that he cannot wait to sue them “over and over again.”

Through his Ohio-based law firm, Renz Law, Thomas is suing the US Department of Health and Human Services (DHHS) to halt the Covid-19 vaccine rollout to children 15-years-old and younger.

The lawsuit was filed by Renz and his legal team alongside America’s Frontline Doctors against the Emergency Use Authorisation (EUA) of the Covid-19 vaccines, which they state have had “no long-term studies on the impact on adults, much less children.”

Furthermore, the lawsuit challenges the legality of EUA as the law states that children must be at risk, which Renz argues that the “CDC state that children are statistically at ZERO percent mortality rate by Covid-19.”

Recent data from VAERS up to the week of July 2nd showed that 29.5% of all reported deaths in the US following the administration of the Covid-19 over the last six months and two weeks occurred in the last week.

However, it is known that only 1% of adverse reactions are reported, as a report commissioned by the US Department of Health stated that: “Adverse events from drugs and vaccines are common, but under-reported.