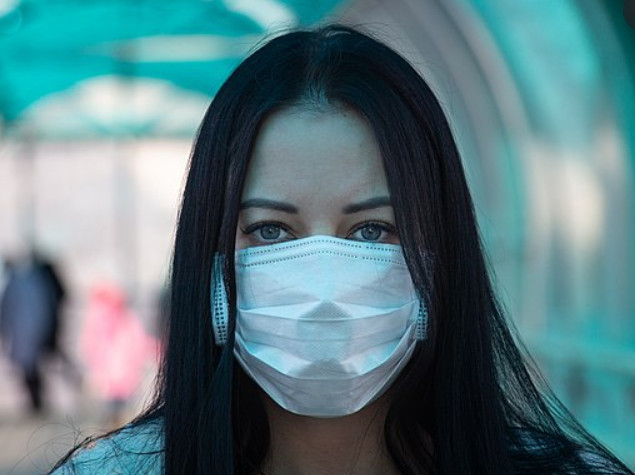 Is a Mask That Covers the Mouth and Nose Free from Undesirable Side Effects in Everyday Use and Free of Potential Hazards?

Many countries introduced the requirement to wear masks in public spaces for containing SARS-CoV-2 making it commonplace in 2020. Up until now, there has been no comprehensive investigation as to the adverse health effects masks can cause. The aim was to find, test, evaluate and compile scientifically proven related side effects of wearing masks. For a quantitative evaluation, 44 mostly experimental studies were referenced, and for a substantive evaluation, 65 publications were found. The literature revealed relevant adverse effects of masks in numerous disciplines. In this paper, we refer to the psychological and physical deterioration as well as multiple symptoms described because of their consistent, recurrent and uniform presentation from different disciplines as a Mask-Induced Exhaustion Syndrome (MIES). We objectified evaluation evidenced changes in respiratory physiology of mask wearers with significant correlation of O2 drop and fatigue (p < 0.05), a clustered co-occurrence of respiratory impairment and O2 drop (67%), N95 mask and CO2 rise (82%), N95 mask and O2 drop (72%), N95 mask and headache (60%), respiratory impairment and temperature rise (88%), but also temperature rise and moisture (100%) under the masks. Extended mask-wearing by the general population could lead to relevant effects and consequences in many medical fields.

On the one hand, the advocacy of an extended mask requirement remains predominantly theoretical and can only be sustained with individual case reports, plausibility arguments based on model calculations and promising in vitro laboratory tests. Moreover, recent studies on SARS-CoV-2 show both a significantly lower infectivity and a significantly lower case mortality than previously assumed, as it could be calculated that the median corrected infection fatality rate (IFR) was 0.10% in locations with a lower than average global COVID-19 population mortality rate [176]. In early October 2020, the WHO also publicly announced that projections show COVID-19 to be fatal for approximately 0.14% of those who become ill—compared to 0.10% for endemic influenza—again a figure far lower than expected.

On the other hand, the side effects of masks are clinically relevant.

In our work, we focused exclusively on the undesirable and negative side effects that can be produced by masks. Valid significant evidence of combined mask-related changes were objectified (p < 0.05, n ≥ 50%), and we found a clustered and common occurrence of the different adverse effects within the respective studies with significantly measured effects. We were able to demonstrate a statistically significant correlation of the observed adverse effect of hypoxia and the symptom of fatigue with p < 0.05 in the quantitative evaluation of the primary studies. Our review of the literature shows that both healthy and sick people can experience Mask-Induced Exhaustion Syndrome (MIES), with typical changes and symptoms that are often observed in combination, such as an increase in breathing dead space volume, increase in breathing resistance, increase in blood carbon dioxide, decrease in blood oxygen saturation, increase in heart rate, increase in blood pressure, decrease in cardiopulmonary capacity, increase in respiratory rate, shortness of breath and difficulty breathing , headache, dizziness, feeling hot and clammy, decreased ability to concentrate, decreased ability to think , drowsiness, decrease in empathy perception, impaired skin barrier function with itching, acne, skin lesions and irritation, overall perceived fatigue and exhaustion.

Wearing masks does not consistently cause clinical deviations from the norm of physiological parameters, but according to the scientific literature, a long-term pathological consequence with clinical relevance is to be expected owing to a longer-lasting effect with a subliminal impact and significant shift in the pathological direction. For changes that do not exceed normal values, but are persistently recurring, such as an increase in blood carbon dioxide, an increase in heart rate or an increase in respiratory rate, which have been documented while wearing a mask, a long-term generation of high blood pressure, arteriosclerosis and coronary heart disease and of neurological diseases is scientifically obvious. This pathogenetic damage principle with a chronic low-dose exposure with long-term effect, which leads to disease or disease-relevant conditions, has already been extensively studied and described in many areas of environmental medicine . Extended mask-wearing would have the potential, according to the facts and correlations we have found, to cause a chronic sympathetic stress response induced by blood gas modifications and controlled by brain centers. This in turn induces and triggers immune suppression and metabolic syndrome with cardiovascular and neurological diseases.

We not only found evidence in the reviewed mask literature of potential long-term effects, but also evidence of an increase in direct short-term effects with increased mask-wearing time in terms of cumulative effects for: carbon dioxide retention, drowsiness, headache, feeling of exhaustion, skin irritation (redness, itching) and microbiological contamination (germ colonization).

Overall, the exact frequency of the described symptom constellation MIES in the mask-using populace remains unclear and cannot be estimated due to insufficient data.

Theoretically, the mask-induced effects of the drop in blood gas oxygen and increase in carbon dioxide extend to the cellular level with induction of the transcription factor HIF (hypoxia-induced factor) and increased inflammatory and cancer-promoting effects and can, thus, also have a negative influence on pre-existing clinical pictures.

In any case, the MIES potentially triggered by masks contrasts with the WHO definition of health: “health is a state of complete physical, mental and social well-being and not merely the absence of disease or infirmity.”

All the scientific facts found in our work expand the knowledge base for a differentiated view of the mask debate. This gain can be relevant for decision makers who have to deal with the issue of mandatory mask use during the pandemic under constant review of proportionality as well as for physicians who can advise their patients more appropriately on this basis. For certain diseases, taking into account the literature found in this study, it is also necessary for the attending physician to weigh up the benefits and risks with regard to a mask obligation. With an overall strictly scientific consideration, a recommendation for mask exemption can become justifiable within the framework of a medical appraisal.

In addition to protecting the health of their patients, doctors should also base their actions on the guiding principle of the 1948 Geneva Declaration, as revised in 2017. According to this, every doctor vows to put the health and dignity of his patient first and, even under threat, not to use his medical knowledge to violate human rights and civil liberties. Within the framework of these findings, we, therefore, propagate an explicitly medically judicious, legally compliant action in consideration of scientific factual reality against a predominantly assumption-led claim to a general effectiveness of masks, always taking into account possible unwanted individual effects for the patient and mask wearer concerned, entirely in accordance with the principles of evidence-based medicine and the ethical guidelines of a physician.

The results of the present literature review could help to include mask-wearing in the differential diagnostic pathophysiological cause consideration of every physician when corresponding symptoms are present. In this way, the physician can draw on an initial complaints catalogue that may be associated with mask-wearing and also exclude certain diseases from the general mask requirement.

For scientists, the prospect of continued mask use in everyday life suggests areas for further research. In our view, further research is particularly desirable in the gynecological (fetal and embryonic) and pediatric fields, as children are a vulnerable group that would face the longest and, thus, most profound consequences of a potentially risky mask use. Basic research at the cellular level regarding mask-induced triggering of the transcription factor HIF with potential promotion of immunosuppression and carcinogenicity also appears to be useful under this circumstance. Our scoping review shows the need for a systematic review.

The described mask-related changes in respiratory physiology can have an adverse effect on the wearer’s blood gases sub-clinically and in some cases also clinically manifest and, therefore, have a negative effect on the basis of all aerobic life, external and internal respiration, with an influence on a wide variety of organ systems and metabolic processes with physical, psychological and social consequences for the individual human being.