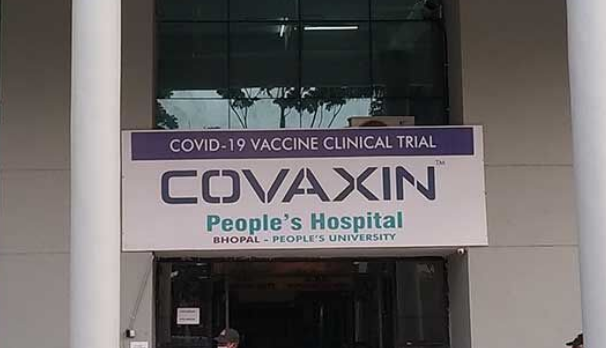 Our ground report shows that Covaxin trial participants from poor areas were lured with Rs 750 payment and did not understand that they were taking part in a trial. There has been one death and several participants are reporting illnesses.

Bhopal: Seventy-four-year-old Man Singh Parihar is agitated sitting outside his neighbour’s house in Bhopal on a cold January afternoon. He has been feeling feverish and complaining of body ache for some time now. Without knowing it, he had participated in a COVID-19 vaccine trial in December last. He thinks he was given the vaccine, which was causing these adverse side effects.

It did not occur to him to call up the hospital, where he was given the injection, until this interview with IndiaSpend. Clinical trial sponsors and investigators are supposed to check on and keep records of participants’ health. He then asked his son to call the hospital, but his son has not had credit on his phone for nearly five months, since he lost his job after contracting tuberculosis. With no money to make phone calls, Parihar could not contact a doctor about his poor health following the vaccine trial. He said he has not received any calls either.

“A truck came to this locality in December and announced on a loudspeaker that anyone who wanted the COVID-19 vaccine and wanted Rs 750 for taking the vaccine, could go to the nearby People’s University Hospital and take it. I needed the money,” said Parihar. Nearly a dozen people interviewed by IndiaSpend in Gareeb Nagar and Oriya Basti in north Bhopal recounted this same sequence of events.

The vaccine that Parihar was referring to is Covaxin, which was given restricted emergency approval in India, even as its clinical trials are under way. The indigenious vaccine is being jointly developed by Bharat Biotech, a private company, and the Indian Council of Medical Research, a government agency.

After reports of irregularities in the trials, this reporter visited Bhopal to investigate the allegations made by people living in low-income areas of the city. Many said they did not know they were part of a clinical trial and instead believed they had been given the actual COVID-19 vaccine. For most, the money was the reason they had agreed to take the jab. Many of them said they were illiterate and could not read the forms they had signed.

Residents also alleged that they had not been informed about the potential side-effects, or that they could be compensated for serious fallouts such as death or disability. Although Bharat Biotech has issued a press statement claiming that all reported adverse events have been duly recorded, many in the trial did not have mobile phones on which their health conditions could be inquired about. They said they had not been contacted by any other means, either.