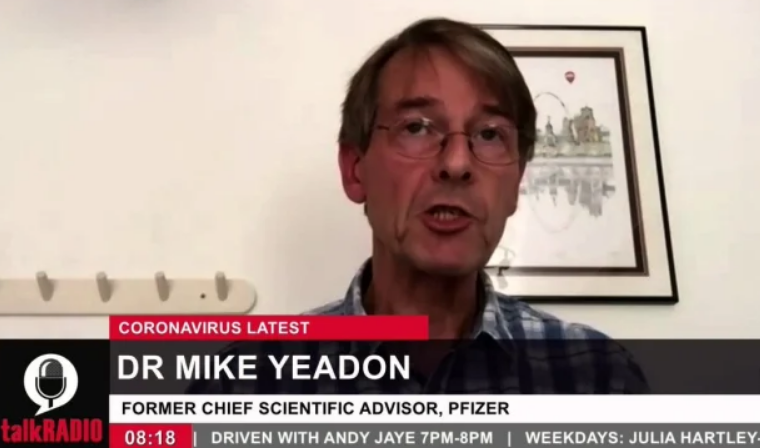 In a stunning development, a former Chief Science Officer for the pharmaceutical giant Pfizer says “there is no science to suggest a second wave should happen.” The “Big Pharma” insider asserts that false positive results from inherently unreliable COVID tests are being used to manufacture a “second wave” based on “new cases.”

Dr. Mike Yeadon, a former Vice President and Chief Science Officer for Pfizer for 16 years, says that half or even “almost all” of tests for COVID are false positives. Dr. Yeadon also argues that the threshold for herd immunity may be much lower than previously thought, and may have been reached in many countries already.

In an interview last week Dr. Yeadon was asked:

“we are basing a government policy, an economic policy, a civil liberties policy, in terms of limiting people to six people in a meeting…all based on, what may well be, completely fake data on this coronavirus?”

Even more significantly, even if all positives were to be correct, Dr. Yeadon said that given the “shape” of all important indicators in a worldwide pandemic, such as hospitalizations, ICU utilization, and deaths, “the pandemic is fundamentally over.”